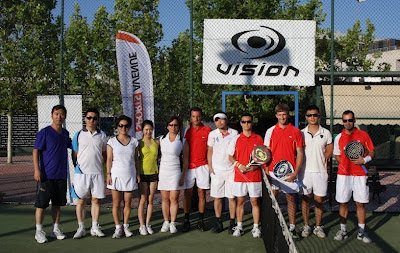 10 Ways China Is Changing The World - Article from "Business Insider"

Over the past 20 years, China has experienced incredible growth.
It is now the second largest economy in the world.  Despite its recent slowdown, it continues to be one of the fastest growing economies the world.
Experts expect the country to overtake the U.S. as the world's largest economy in the next 15 years.
Obviously, its size is having tremendous ripple effects across the world.
What's more, it sets on vast resources that have the ability to tilt the entire global commodities markets.
Finally, the country also has a reputation for engaging in large-scale shady practices that have forced the rest of the world to rethink how they manage security and protect intellectual property.
We put together some of the key ways in which China is impacting the global economy, politics and culture.

Earlier this year PetroChina announced a shale gas discovery in the southern Sichuan province. And late last year state-owned China National Petroleum Corp. announced the discovery of shale gas reserves in at least 20 locations, with each able to produce over 10,000 cubic meters of gas per day.
China is believed to have 1,300 trillion cubic feet of recoverable shale gas, the biggest known reserves, and compared with the 827 trillion cubic feet in the U.S..
Impact: This could be a game changer because it could do away with the need for a pipeline that Canadians were hoping to build to send China their excess gas, it could cause gas prices to plunge and kill the American energy boom, according to Andrew Snyder at Resource Investor.

China's dominance in rare earths commodities is disrupting the supply chain for hi-tech products
China accounts for 97 percent of the world's production of 17 rare earth metals and has been tightening export restrictions (by raising taxes and lowering quotas). The move prompted the EU, U.S. and Japan to file a complaint with the WTO.
Impact: Rare earths are crucial to the hi-tech and defense sectors, and China's restrictions have driven up costs of the metals and cost of production.  Critics say that China's decision to curb exports of the metal itself but not products containing the metals, shows that the restrictions are more a move to force manufacturers to move their factories to China.
China's massive population is eating more, which is affecting how agricultural commodities are produced and how they are priced
China has overtaken the U.S. as the world's largest meat consumer. In the past five decades it has gone from consuming 8 million tons of meat, to 71 million tons, over twice as much as the U.S..
Impact: The way the meat is produced will have a major impact on agriculture. The demand for pork, the most widely consumed meat in China, is expected to reach 52 million tons this year. This in turn is changing how pigs are reared and what they are fed.
In feedlots pigs are being fed more grain and soybeans which is increasing demand for those crops and in turn prices. Agricultural trends will directly and indirectly be set by patterns of Chinese consumption.
Other developing countries are adopting China's model of state capitalism, which is an existential threat to Western capitalism

China is the poster child for state capitalism – a form of capitalism in which the state owns companies or acts with companies to undertake economic activities. It is usually characterized by a large number of state owned enterprises.
Impact: State capitalism as seen in China is starting to pose a real threat to the Western model of capitalism. In the wake of economic crisis in much of the developed world, an increasing number of developing countries are watching to see which is a better model of governance.
What's more? Those that are critical of state capitalism's inability to spur on innovation point to economies like Brazil and India that have actually shown the potential for innovation in state capitalism.

The axis of the auto industry is shifting from the U.S. to China where growth is astronomical

China is the world's largest car market. A report from IHS Automotive projects that annual auto sales in China will grow by 74 percent to over 30.6 million a year by 2020. And it isn't the mere size of the industry.
Impact: The focus of the auto industry is shifting from the U.S. to China with automakers and suppliers now positioning to win the top spot in the Asian giant.
China's importance to the U.S. auto market is evident given the WTO trade complaint the U.S. has filed against China for imposing duties on more than $3 billion in shipments of American vehicles mostly made by General Motors and Chrysler Group. This could be a blow to the U.S. auto industry which is finally recovering.

Chinese companies like Huwaei technology and ZTE Corp reportedly have the ability to remotely access communications technology sold to the U.S. and other western countries.
Impact: The electronic backdoor capability could allow the Chinese government to access information traveling through telecommunications networks or even sabotage electronic devices, raising national security concerns.
Some also think companies are victim to Chinese cyber-attacks and some say China steals $400 billion worth of information every year.

China is getting a new Littoral ship and its Type 22 Houbei Class is the world's first attack catamaran. Both allow China to launch quick attacks close to shore.
Impact: These developments mean that China is now going head-to-head with America's Littoral Combat Ship, one of the country's most expensive and troubled programs. What's more? This ship will allow China patrol its coast and help enforce its exclusive economic zones in disputed waters.

A Chinese ghost city recently popped up in Africa. This could change the visible landscape of the world


That China has ghost towns with literally no people living in it is no surprise.  But the country is now exporting its ghost cities, with many popping up in Angola. State-owned China International Trust and Investment Corporation (CITIC) has built Kilamba in Angola.
Impact: Ghost cities, aren't just a Chinese phenomenon. Spain has had its fair share as well. But the ones popping up in Angola have been built by a Chinese state-owned company. Kilamba was financed by the Chinese and Angola is repaying them with oil. Remember, Angola is China's largest oil provider in Africa.
It is likely that we can expect more ghost cities as energy and commodity hungry China continues to grow,

China's currency is competing to become a reserve currency, which could threaten the U.S. dollar

China is taking steps to make its currency fully convertible by 2015, and many expect it to become a major reserve currency in the next decade. Many countries have already diversified their Forex reserves to include renminbi. Commodities guru Jim Rogers says having a non-convertible currency is very foolish.
Impact: If the renminbi were to become a reserve currency it would challenge the greenback's role in trade and pricing of products like commodities that are traded on the global market. It would also allow China to borrow at a cheaper rate.

China will soon be the largest economy in the world. Experts can only imagine what that means for neighboring countries and other major economies around the world
China is set to replace the U.S. as the world's biggest economy in the next 15 years. China's economic rise and what some point to as America's economic decline have spurred talks of China emerging as a superpower that would replace the U.S..
Impact: While global reactions to the rise of the Chinese economy have been positive. The response to growing Chinese military power have been viewed with distrust. In the region China's growing power would impact nations with which it has territorial dispute.

http://www.businessinsider.com/how-china-is-changing-the-world-2012-7?op=1
Posted by China Club (Spain) at 1:15 PM No comments: