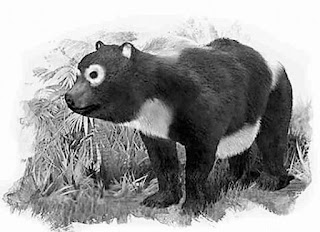 China Company Says It Will Sue Obama...All The Way To Supreme Court (Forbs)

Chinese heavy equipment maker Sany Group Ltd. said over the weekend that it would stop at nothing to bring forth a lawsuit against the U.S. President Barack Obama.  Sany is disputing the president’s ruling against four Oregon wind farms it had purchased in the U.S. this year under its subsidiary called Ralls Corp.
Sany already filed a complaint against Obama and the Committee on Foreign Investment in the United States at a District Court inWashington, claiming that the president’s order of preventing it from owning the Oregon wind farms exceeded its constitutional rights and failed to provide detailed evidence.
The district court judge will review the case on Nov. 28 and decide whether to accept the dispute or throw it out. If the court rejects Sany’s complaint, then the company said Thursday it will take the case all the way to the U.S. Supreme Court.
Sany is one of China’s largest heavy equipment manufacturers. It hopes to one day rival the likes of Caterpillar.  When it comes to wind farms, Sany two year old subsidiary Ralls Corp.
Ralls is spearheading the company’s movement into green energy.
It’s not that Obama is against China, or China green energy firms.  In this case, the White House blames the location of the project for its cancellation by higher powers.
Ralls had planned to install wind turbines, made by Sany, close to a naval training site in Oregon, which, according to the facility’s website, is used to test unmanned drones – a highly sensitive and prized U.S. technology.
Obama ordered Ralls to divest its interests in the project, the first time since 1990 that the President of the United States has formally blocked a business transaction on security grounds.
“This measure caused us more than $20 million in direct investment losses, excluding indirect losses,” said Ralls Chief Executive Wu Jialiang, one of the Sany executives who own the company, at a press conference in Beijing on Oct 18.
Ralls argues that Obama exceeded his power by dictating the terms of the sale, allowing the government to inspect all aspects of its operations and failing to treat the company equally as required under the law.
The chances that Sany will win any court cases in this dispute are slim.
The company doesn’t need Obama, or Ralls’ Oregon wind farms to grow.
The company’s overseas sales are expected to reach around 10 billion yuan ($1.6 billion) this year, or 15 percent of its total sales, Liang Wengen, chairman of the company, told the press on the sidelines of the 18th National Congress of the Communist Party of China, which opened Thursday. Totalsales of the world’s sixth largest construction machinery manufacturer should come in around 66.7 billion yuan this year. Liang said Sany plans to increase its total sales to 300 billion yuan within a decade.
Source: http://www.forbes.com/sites/kenrapoza/2012/11/11/china-company-says-it-will-sue-obama-all-the-way-to-supreme-court/
Posted by China Club (Spain) at 9:31 PM No comments: