Take Your Business Knowledge to Harvard

Madrid, Wednesday 31 May, 2017
With this core idea, the RCC at Harvard Executive Program celebrated its XV Edition in Cambridge.
A total of 28 participants gathered at the unique setting selected for the XV Edition of the Program on the Harvard Campus. Most of the sessions took place at the Harvard Faculty Club, founded in 1920 and located on Quincy Street (Harvard University Campus). The Spangler Center or Cumnock Building (Business School area) were other locations chosen by the Program to celebrate their sessions and events. 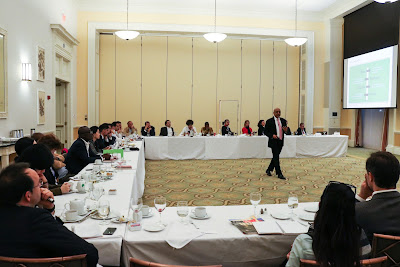 
Spangler Center, HBS. May 2017
The RCC at Harvard Executive Program brought together managers, partners and entrepreneurs from a vast variety of business sectors, such as sustainability, finance, transportation, biotechnology, healthcare, consultancy or real estate. This diversity was also combined with a multicultural profile: Colombia, Argentina, China, Africa, USA and Spain were the countries represented among the group, giving the program the global personality it pursues and enriching participant’s networking activity.
Krishna G. Palepu started off the program with his Session, Emerging Markets. He is a member of the RCC at Harvard Program’s Advisory Board, Professor of Business Administration and Senior Advisor to the President of Harvard University. Richard H. Vietor, Professor of International Political Economy and Business Administration at HBS, discussed the case study of China: The New Normal with the program participants. Félix Oberholzer-Gee, Professor of Business Administration in the Strategy Unit at HBS, shared his business insight and customer experience along with his case study Alibaba’s Taobao. The participants were also able to hear about the latest innovations in the market, from Sunil Gupta, Chair of the General Management Program at Harvard Business School, who talked about the Big Data and Artificial Intelligence. Professor Mihir A. Desai teaches finance and law at Harvard Law School and he gave the session Making Financial Decisions: The Case of The Unidentified Industries, analyzing with the participants the income statements and balance sheets of well-known firms to learn about their internal finance structures. 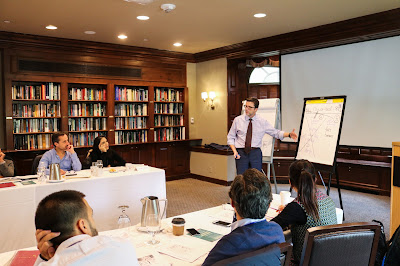 Ana Maiques, CEO of Neuroelectrics, shared her business success story, as one of the most influential entrepreneurs under 40 in Spain (nominated by IESE). She received the EU Prize for Women Innovators from the European Commission  and was ranked one of the Fifty Most Inspiring Women in Europe. Marco Muñoz, Director of Global Initiatives at MIT, gave the Program a visual and conceptual view of this Institute. The Program also had a session on entrepreneurship, given by Pedro Nueno, President and Founder of CEIBS (China Europe International Business School) and member of the Advisory Board of the RCC at Harvard Executive Program. Margarita Oliva, Partner at Baker McKenzie, Fuensanta Díaz Cobacho, Head of Structured Finance Desk (Americas) at Intesa San Paolo NY, and Jose María Michavila, Founder of MdF Family Partners, gave the session Financing Sources in the Americas. 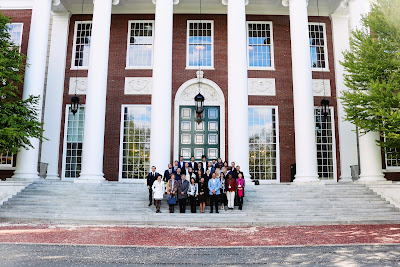 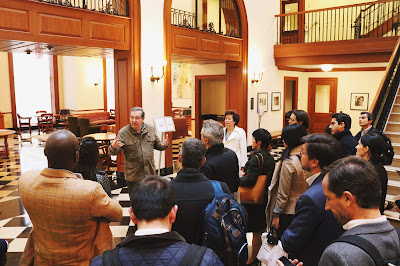 The participants also took part in other activities apart from the sessions, such as a guided tour of the Harvard Campus given by Jim Aisner, Director of Media Relations in Harvard, several individual formal meetings between participants and US-experts, or the networking dinner with American and US-based professionals. The program, not only offered participants to have a closer look at one of the most prestigious Universities in the world, and gain access to some of its professors and professionals in the cities of Cambridge and Boston, but also allowed them to with like-minded professionals working in the global market. The RCC at Harvard Executive Program’s next Edition will take from May 6-9 2018.
Posted by China Club (Spain) at 12:44 AM No comments: